Written by swisschamber on March 29, 2018 in Information

The term Francophonie appeared for the first time around 1880, when a French geographer used it to designate all people and countries speaking French. Since the 1970s La Francophonie is institutionalized through the International Organization of La Francophonie (IOF). 84 member states and regions are part of the Francophonie such as Belgium, Switzerland, Madagascar or Senegal. Almost 300 Million people worldwide speak French. The missions of this intergovernmental organization are to promote the cultures of its members and to intensify the cultural and technical cooperation between the members, as well as the solidarity and the connection.

Switzerland is part of the French-speaking world with more than two million French-speaking habitants. The country joined the IOF in 1989 and is represented in all four of La Francophonie’s main organizations. The promotion of the French language and culture is important for Switzerland and the country played a crucial role in founding the French-language TV channel TV5 which broadcasts to more than 200 countries.

The Week of the Francophonie

The Week of the French Language and the Francophonie takes place worldwide in various French-speaking regions as part of the International Francophonie Day on March 20. This year, the week is dedicated to the linguistic and cultural characteristics of francophone North America. Various concerts, readings, lectures, culinary specialties, films, and exhibitions related to Quebec, Acadia and Louisiana took place during the week of the Francophonie.

To celebrate the Week of the Francophonie and to launch our new Facebook page, we would like to give away two tickets to the concert of Jean-Michel Jarre together with Paul Mercs Concerts. The legendary French electronic music pioneer will come to Vancouver on April 17, 2018, and we are organizing a giveaway on our Facebook page.

Head over to Facebook to join it!! Good luck!! 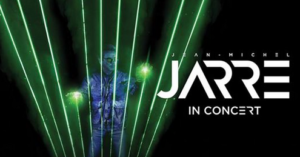