Networking Event with the Vancouver Whitecaps

Written by swisschamber on April 25, 2018 in Events

Against all the odds, Friday, April 13, was a lucky day for the members and friends of the Swiss Canadian Chamber. About 20 people joined the tour at BC Place, organized by our business member, the Vancouver Whitecaps. Afterwards they watched the game against Los Angeles.

While the security team received their last instruction, the ball boys were assigned to the players and the staff was busy preparing all the food, drinks and merchandise booths, the event participants got the chance to have a tour around BC Place. One of the highlights was definitely the media rooms, where the national and local TV and radio stations and different newspapers were preparing the broadcast of the game. 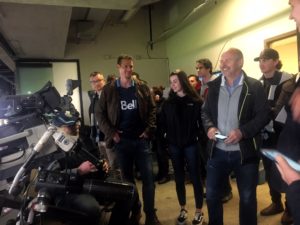 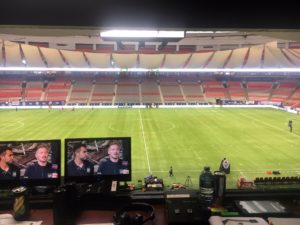 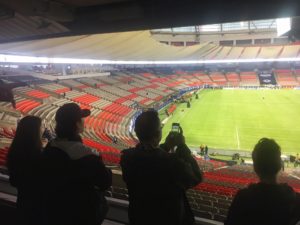 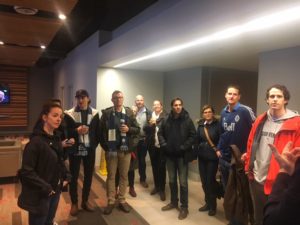 Behind the scenes, on the way to the soccer field, the participants met Whitecaps legend Carl Valentine. He is one of the all-time fan favourites in Vancouver professional sports and a member of the Canadian Soccer Hall of Fame. Reaching the field, they observed the players doing their warmup, took pictures and asked Oliver Jarzyna all the questions they brought to the event. 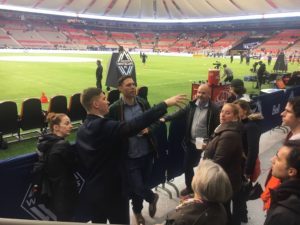 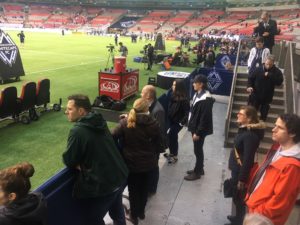 During the first halftime of the game, all the participants were sitting in the stands but in the second half they got the opportunity to watch the game from a lounge. Comfortable chairs, a great view and a good atmosphere made it a special experience. The view was definitely better than the score – two goals for Los Angeles in the second half of the game  and a loss for the Vancouver Whitecaps. 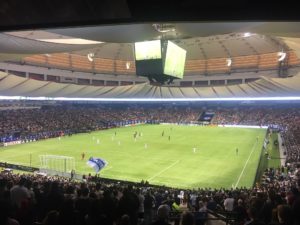 The Swiss Canadian Chamber of Commerce would like to thank our member Oliver Jarzyna for the organization of this event. Furthermore, the SCCC would like to thank the members and friends who joined for this social event. We will get the chance to watch another Whitecaps game at the Multi-Chamber Networking Event on May 16, 2018. Let’s hope that it will be a win for the Vancouver Whitecaps this time.

Sign up for the next event on May 16: Multi-Chamber Networking Event