Written by swisschamber on May 22, 2018 in Blockchain, Members, Portraits

Our newest business member, Gremis, is a Swiss-Canadian startup specialized in communication for Blockchain companies. They are located in Zug and Quebec. We got the chance to talk to the managing director and founder Samuel Dionne about his interest for Blockchain, how he started a career in this industry and where he sees the biggest challenges for small digital companies. 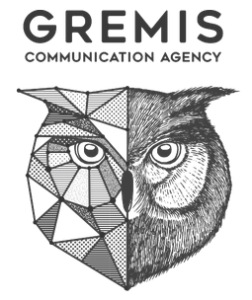 Many people cannot do much with the term blockchain, tell us more about your company Gremis and what do you exactly do?

That’s correct! Gremis is a young startup powered by passionate and innovative spirits. We’re quite proud of being “out of the standard and norm” by our unique approach to communications and for what we represent. As a small agency, we are covering a wide variety of services to help emerging projects in the Blockchain industry, ranging from community and social media management all the way up to content writing and customer support.

In a lot of cases, our team works in cooperation with projects looking to perform a crowd-sale (often called Initial Coin Offering or Token Generation Event) and companies which are already strongly established. Since the Blockchain is a technology made by the people and for the people, you can imagine how important having a strong community can be; and that’s where we often play a big role.

Why did you decide to start a company in the industry of Blockchain?

To be honest, it wasn’t in my plan to have my own company and even less in that particular industry. While I always found the technology fascinating (I first used cryptocurrencies back in 2012 before joining the army), it simply didn’t come up to my mind as an option. After serving as a Communication and Information Systems Specialist for over 5 years in the Canadian Forces and leaving to attend school in Social Work, I joined a couple of online communities to talk and hold discussions on a free time basis. I’ve always been the kind of person who loves getting involved in the development of projects. It didn’t take too long before I ended up doing some volunteering work for those companies, mostly in community management. While it was totally different than my initial idea of becoming a street worker, my interest grew really strong and exponentially due to the nature of the work.

After a while of answering to public questions and doing animation in the different channels in which I was participating, my name got picked up in Switzerland by someone who would soon become one of my dearest friend and who wanted me to work with him. From there on, things went really fast. After only a couple of months and multiple trips (where I literally fell in love with the country), I wasn’t able to pick up to the increasing demand anymore.

The idea of creating an agency started from there and I began building up a team of incredible people who had the same vision as I did. It’s been a crazy and fun adventure ever since.

In fact, the reality is quite simple and amazing: in this digital universe, people seems to be more interested by your will to succeed over your diplomas, certifications and scholarship. The truth is that a developer can be the best there is and have learned from the basement of his house. Same goes for a security expert. It applies to a lot of other disciplines and I love that our community is open to that. Someone with a great lot of experience and whom I profoundly respect once told me to never underestimate the power of passion. It really is all about that: passion.

How did you build up your network in this industry?

I’d say that the best way to build up a network in the Blockchain was (and still is) to assist conferences and meetups. There is some kind of impressive vibe in the industry, and meetups are always utterly interesting. You end up discussing with really incredible people with some crazy revolutionizing ideas. LinkedIn has also really came back big in the sphere.

I should also mention the rise of the two-way communication channels such as Telegram, where communities are often being built upon. After a little while talking in one of those live chats, you get to know new people and your network grows considerably.

Another particularity is the reputation and recognition, which seems to play a major aspect in the construction of a Blockchain network. In normal cases, someone doing a good job will quickly earn its place; but the total opposite can happen as well in the event of something bad happening; and let me tell you that the word travels pretty fast. Since the overall community is relatively still small compared to others, everyone seems to know each other or at least have common relations with someone in a mutual group.

What are the biggest opportunities in Switzerland and Canada for a company like yours?

Unfortunately, a lot of bad apples created some frictions in the industry lately, namely because of regulations and other problems such as scams or other morally questionable purposes. It’s hard to adapt to a technology which is growing so fast. Switzerland has successfully managed to place itself forward as a “crypto-friendly country”; and Canada has been well known for being a hub to many strong Blockchain communities, full of knowledge and interest. We’re proud to have our feet in both.

What are your interests in British Columbia?

We think that British Columbia is really a growing center for Blockchain. We could name Vancouver, which has really been a worldwide pivot (very much like Montreal) in the industry due to its well-known entrepreneurial forces and young adaptive mentalities. Such examples are really only the top of the iceberg when it comes to BC, and we think that the province will be holding a major role in the future of Blockchain on a national and international level.

What are the biggest challenges for a company like Gremis?

Being mostly a small digital company in an unstable and immature market, it can be really hard for a blossoming startup like us on many levels. While there is an incredible demand for the kind of services we offer (the reality is that there is too many people digging for gold but not enough people selling the pickaxes and the shovels), it is a constant challenge to adapt to the never-ending mood shift and changes in the industry. One day everyone is afraid because of a recent mediatic blast and the other, it’s the complete opposite. This can and does obviously affect us.

Fortunately, we’re not around to have it easy and love a good challenge.

Last but not least: Which is your favorite Swiss chocolate?

That’s probably the hardest question you’ve asked so far. Obviously, Lindt and Sprüngli are amazing (got to love their confiserie near Paradeplatz in Zurich), but I have a little something for Läderach and their dark chocolate. Their truffles are just mind-blowing.

The SCCC would like to thank our member Samuel Dionne for his time and effort spent for this interview.