With one of Switzerland’s top soccer players coming to town for a game with his club Chicago Fire FC, the Swiss Canadian Chamber of Commerce couldn’t miss this fantastic opportunity to organize a special networking event for its members and friends. In partnership with Whitecaps FC, the SCCC organized a networking event on Saturday, July 23, 2022, featuring a pre-game Q&A session with Axel Schuster, CEO & Sporting Director, Whitecaps FC, and Georg Heitz, Sporting Director, Chicago Fire FC. And yes, this one time it was allowed to cheer on the other team! Hopp, Xherdan!

Together with our partner Whitecaps FC, the SCCC organized an exciting networking event for its members and friends on Saturday, 23 July, 2022 at BC Place, Vancouver. The event started in the late afternoon with a welcome speech by SCCC President Fabian Lemann, highlighting the great successes of Switzerland and Canada in sport and the qualification of both teams for the 2022 FIFA World Cup in Qatar. The welcome was rounded off by Joshua Nanavaty, Vice President of Sales and Services at Vancouver Whitecaps FC. Afterwards, the stage belonged to our guests and it was time for the much anticipated Q&A session with Axel Schuster, CEO & Sporting Director, Whitecaps FC, and Georg Heitz, Sporting Director, Chicago Fire FC. The Q&A was moderated by Joey Kenward, On-Air host at Rogers Sports & Media. The 45-minute discussion was very engaging and both panelists gave many interesting insights into their MLS life, how the league differs from Europe, and what it was like settling into a new city and continent. A question that our members could well relate to. At the end of the discussion, the participants were able to ask their questions to the two Sporting Directors. It was a very engaging, personal, and interesting discussion that everyone enjoyed.

Following the Q&A, it was time for some networking and getting to know the other SCCC members. Not to be forgotten, of course, was the prize draw where everyone eagerly threw their names into the pot. There was a selection of fantastic gifts. The prizes were a Whitecaps scarf, a signed Whitecaps cap, a Whitecaps jersey, two Whitecaps tickets to the next game, and a signed Chicago Fire Shaqiri jersey. The excitement and enthusiasm were high and from then on it was simply crossing your fingers and hoping for the best. Unfortunately, not everyone could win and 5 lucky winners were chosen. The atmosphere was fantastic and slowly everyone made their way to their seats to watch the game Whitecaps FC vs Chicago Fire FC with the Swiss National Team star Xherdan Shaqiri playing for Chicago for his first season in North America.

Shaqiri was the big match-winner in the 3:1 win of Chicago Fire FC. With his distance shot from 20 meters, the second most expensive player in the league amazes the around 15,000 fans in BC Place after just 13 minutes in the game. He also prepared the final goal. Whether this is due to the Swiss support or not is a subject for debate. After the game, the highlight of the evening followed for many of the participants. Thanks to our partner Whitecaps FC, the SCCC was able to go onto the football field and take some photos. Luckily, there was even the chance to take some pictures with the man of the match, Xherdan Shaqiri. For many, it was a dream come true and all participants left the event with big smiles on their faces.

It was a very successful SCCC event with a lot of exciting insights, new contacts, good conversations, and a lot of soccer action.

We would like to thank Whitecaps FC for their great cooperation in organizing this fantastic SCCC event. Moreover, we would like to thank Axel Schuster and Georg Heitz who took the time before the game to give us interesting insights and answer our questions. A big thank you also goes to Joey Kenward who guided through the Q&A with great questions and charm. We appreciate everyone who came to this unique event and thank you all.

We wish both teams a good season and Hopp Schwiz!

Meet our distinguished guests from the pre-game Q&A

Want to know more about our amazing quests from the Q&A? Please find below some more information about Joey Kenward, Axel Schuster and Georg Heitz. 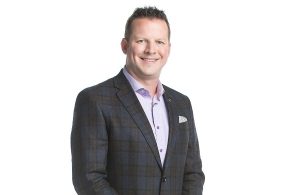 Joey Kenward
Account Manager / On-Air Host, Rogers Sport & Media
We already had the pleasure to welcome Joey on a few SCCC events such as the Pre-Christmas Reception 2018 where he moderated our Q&A with the Swiss NHL players.
Joey Kenward has 20+ years experience in sports broadcasting on a local, provincial and national level (for example for the Vancouver Canucks or Whitecaps FC). While maintaining strong on-air presence throughout Western Canada, he is now also involved in advertising and customer relations. 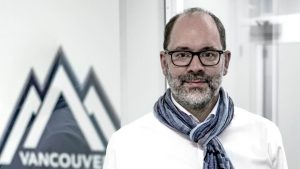 Axel Schuster
CEO & Sporting Director Whitecaps FC
Axel Schuster is the CEO and Sporting Director of the Vancouver Whitecaps FC. He joined the club in November 2019, months before the pandemic shut down the world. In June 2020, in addition to his responsibilities as Sporting Director, Schuster accepted the role of Chief Executive Officer of the Whitecaps organization.
Before relocating to Vancouver, Schuster spent 20 years at the top level of German football. He was the Senior Director of Professional Football at FC Schalke 04, where he spearheaded the development and execution of a global scouting department. In addition, he spent more than 16 years as the Head of Football Operations at FSV Mainz 05. 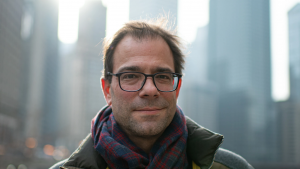 Georg Heitz
Sporting Director Chicago Fire FC
Georg Heitz joined the Chicago Fire FC as a Sporting Director in 2019 after an extensive career as a high-level football executive in Europe.
Prior to joining Chicago, Heitz spent eight years (2009-2017) with Swiss Super League club, FC Basel 1893. During his tenure with FC Basel, Heitz served as Sporting Director and Board Member from 2012-2017, overseeing the first team and academy, player transfers and contracts, and the recruitment of all players, coaches, scouts, and the technical and medical staff.
Prior to beginning his career as a football executive, Heitz, who was born in Switzerland, worked as a journalist and deputy editor for several organizations from 1994-2008, including FIFA and Swiss newspaper Basler Zeitung.