To end this year on a festive note, we are very excited to invite you to our annual Christmas Reception including an online Silent Auction on November 29, 2022. Please find detailed information about the event on the flyer and register here for the event.

Join this webinar to learn more about the spotlight newsletter and how you can publish your highlights and success stories in the newsletter. Please find detailed information about the event here.

Join our next virtual member for members event hosted Innovation Networks about the question whether there is such a thing as “hacker proof”. Please find detailed information about the event here.

This time it’s time to hop on your bike and get out into the fresh air for the SCCC cycling event. Please find detailed information about the event here.

Join our next member for members event organized by Flora Health about the basic principles of healthy eating! Please find detailed information about the event here.

In case you missed the event, watch the recording of the event here!

On Saturday, June 04, 2022, the SCCC members had the pleasure of attending the Fraser Valley Bandits basketball game against the Saskatchewan Rattlers at the Langley Events Centre.

Save the date for our Annual General Meeting (AGM) 2022 which will be held in a hybrid format on-site and on MS Teams starting at 12.00 pm. More information can be found in your personal invitation.

Time to hit the slopes of the peak of Vancouver! Let’s take full advantage of Friday night and head to Grouse Mountain after work to ski or snowboard above the city lights of Vancouver.
Event Flyer
Blog Article

Network and reconnect with members, directors and guests. Place your last bids on the silent auction and enjoy an aperitif.

Enjoy the Whitecaps FC vs Seattle Sounders for a discounted price in our SCCC sector and join our networking event at 12.00pm with an exclusive speaker from the Whitecaps.

Summer Night Reception
Wednesday, September 22, 2021
Blog Article
Annual General Meeting (AGM) 2021
May 12, 2021
Week of the Romansh language
February 20-28, 2021
Romansh Quiz
Podcast with our Romansh speaking Director Fabia Leoni
Introduction Event ‘Meet the SCCC’
February 24, 2021
Get to know the Swiss Canadian Chamber of Commerce by joining this short 45min introduction event based out of Edmonton, Alberta.
Event Flyer
Recording
Virtual Fondue & Raclette Night
January 29-31, 2021
We encourage all SCCC members to share their love for cheese and enjoy a nice Fondue or Raclette with their household bubble during Jan 29-31. Check out our blog post to see the great pictures that we received.
Blog Article
Christmas Gala Night & virtual Silent Auction
Thursday, December 3, 2020
2020 has been a very special year, and not the easiest for most of us. More than ever we are looking forward to celebrating with you – members, friends and guests – our famous Christmas & Silent Auction event!Event Flyer
Building bridges between Western Canada & Europe
Tuesday, October 27, 2020
We partnered with 9 major European Business Clubs and Chambers from Western Canada to organize a full-day virtual networking event.
Blog Article
Event Flyer
Webinar “Arts x Entrepreneurship in the midst of Covid-19”
Monday, October 19, 2020
Event Details
Social Walk
Wednesday, August 19, 2020
Event Details

Must-knows for selling your business and planning your retirement

Networking evening with the Francophone Chamber of Commerce.

Expert presentations from UBS and KPMG about selling a business and planning your retirement.
Event details

The Stranger on the Ice

Wednesday, January 23, 2019 | 6pm
At LEICHT Kitchens Vancouver (Germanhaus)
Our member, Bernadette Calonego, reading an excerpt from her latest book “The Stranger on the Ice”.
Organized by the German Canadian Business Association.

Wednesday, December 5, 2018
The Swiss Canadian Chamber of Commerce met Swiss NHL Stars!
We had an exciting and great time at our annual Pre – Christmas Reception this year.
For event details, click here.
Check out some pictures and have a look at our exciting Silent Auction items and sponsors.
Silent Auction Prize Catalogue 2018

Saturday, August 18, 2018
The Consulate General of Switzerland organized a team of people doing the ride together to represent the country. 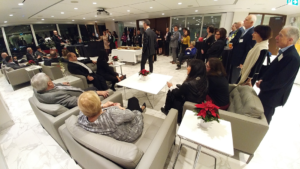 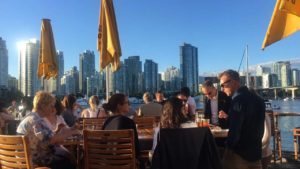 MEMBERS ONLY EVENT: May 16, 2018: Multi-Chamber Networking Event, BC Place

Organized in collaboration with the VCC (Vancouver Community College), the General Consulate of Italy in Vancouver and the APCI (Professional Association of Italian Chefs in Canada), the cycle includes 4 lessons about various aspects of the Italian kitchen, from pasta to pizza passing through wine pairing.

Our friends from the German Canadian Business Association would like to invite the members of the Swiss Canadian Chamber of Commerce to their special event in April! RSVP soon, send an email to secretary@germancanadianbusiness.com.

Schützenfest at the Swiss Mountain Range

Read our interview “Annual Schützenfest at the Swiss Mountain Range”

Read our article about the event “Speaker’s Night: Real Estate and Construction”

A Reading organized by the German and the Swiss Consulate
Wednesday, May 10, 2017
Alpenclub, Vancouver, BC

Event organized by the Francophone Chamber of Commerce in Vancouver

Direct Democracy in a Complex World: The Case of Switzerland

Carl Lutz and the Legendary Glass House in Budapest (Exhibition)

The EU Chamber of Commerce in Canada is inviting you:
CETA Seminar with the EU Ambassador to Canada

Join Students to a Facility Tour at Garaventa Lift in Surrey

Breakfast-Conference with the French Consul General

GLOBE 2014: International Forum on Business and the Environment

Join Students to a Facility Tour at Garaventa Lift in Surrey

AIBC Gallery, Architectural Institute of BC

Update on Carbon Markets and Energy Management Systems for 2013

Smart Cities of the Future

Calendar of Events Open to Public

AGM: Discover the Secrets of Success of the Swiss Foreign Investment Agency…